Ronnie Robinson died on the morning of March 11, 2016. This is a huge loss to his family, friends, students and the wider world of Tai Chi.

There is more information on The Tai Chi Union for Great Britain.

In helping students to learn tai chi and qigong I initially focus on enabling them to relax and connect to their inner selves. Using loosening up exercises and qigong techniques I encourage students to develop a ‘listening’ quality, paying more attention to how their bodies feel, rather than looking to be precise in postures. Gradually I increase corrections and help them to understand their bodies more.

The tai chi hand form helps them to develop a sense of structure, balance and posture whilst increasing their sense of relaxation, inner relaxation and outer focus.

Various partner exercises, including push hands helps them to gently test these aspects and develop a sense of being grounded and rooted whilst further developing their ability to relax, particularly in stressful situations.

Tai chi applications allow them to increase confidence, awareness and intent, qualities which can be applied in everyday life.

I started learning tai chi in 1981, during which time it was very hard to find a teacher.

I’ve often asked why I began tai chi and I guess, like many others at that time I was searching for a deeper meaning to life. I had dabbled in other disciplines like meditation but because of my busy mind at that time, I was unable to connect fully. The work of tai chi engaged my mind, through learning postures and techniques and its meditative aspect allowed my to relax and settle more.

My first teacher was an American, recently moved to Glasgow with a background in arts, poetry, theatre & movement disciplines, who had worked with John Kells and Dr. Chi in London, from the Cheng Man-Ching Tradition. Although of limited experience, Larry was thorough in his teaching and provided a sound introduction to the art. I worked with him for five years before I started assisting him teaching and subsequently went on to start my own class.

For the following five years I worked privately with Tom Brodie MacClue, who had been a student of Rose Li. Tom helped to clarify many things for me over these years of intensive training.

Michael Tse introduced me to Qigong and for five years I learned a number of systems before settling to concentrate on Taiji Qigong and Dayan Qigong.

In the early 1990’s I joined the Tai Chi Union for Great Britain (TCUGB) where I went on to become a member of the Executive Committee and Technical Panel. Having produced an Alternative Health magazine in Scotland (Connections) for nearly 10 years I offered my skills to the TCUGB and launched Tai Chi Chuan magazine which I still edit and produce.

In 1995, in conjunction with a fellow tai chi teacher, Bob Lowey we started Tai Chi Caledonia which has grown to become one of Europe’s foremost International Tai Chi gatherings, attracting students and teacher from Europe, the USA and beyond.

In 1997 Dan Docherty contacted me for assistance in creating a programme for the Taijiquan & Qigong Federation for Europe’s second Congress/Forum, staged in Hungary. He invited me to teach at the event and this led me to meet and work with many influential instructors from various European countries. Within a couple of years I became a member of the Executive Committee and went on to serve as Secretary, a position I still retain.

Since then I have taught and travelled extensively across Europe, affording me the opportunity to work with a number of influential teachers, who have contributed to my tai chi and qigong development. These include:

For over 25 years I have taught tai chi and qigong in a wide variety of situations, for a varied client group in Glasgow, Scotland, Europe and the USA. These include:

Since 1993 I have been producing a tai chi magazine, Tai Chi Chuan & Oriental Arts, on behalf of the Tai Chi Union for Great Britain. The magazine is produced 4 times a year and features interviews, articles and reviews on Chinese Internal Arts. This work has allowed me to meet and interview many prominent teachers and keep at the forefront of developments in the art. (Feature a number of back issues with Paypal buttons).

Since 1995 I have been organizing an international Tai Chi & Chinese Internal Arts meeting, Tai Chi Caledonia.

For two years I worked with Helmut Oberlack, who produced a tai chi magazine in Germany, to create the European Internal Arts Journal. It was an ambitious project, printed in English and French and contained high-quality, in-depth articles on Chinese Internal Arts. Due to high costs and insufficient sales we were forced to close it after two issues.

In 2008 I worked with Nils Klug, Chairman of the Taijiquan & Qigong Federation for Europe and organizer of the International Push Hands Meeting in Hannover, Germany to produce a two hour DVD, Taiji Europa, showcasing the best of Chinese Internal Arts in Europe. Once released we came to the conclusion that the project of promoting these arts in Europe needed more and we have started developing an in-depth, comprehensive website, Taiji Europa which we hope to launch mid-2010! Other projects will follow.

In 2007, in partnership with Faye and Tary Yip I took a group of over 20 people to visit key locations for tai chi practitioners in China. We also trained with local masters. The trip proved successful and was much enjoyed by all and regular trips are now planned. In 2010 we returned concentrating on more in-depth training with the China Health Qigong Association where a few of us attained Duan gradings. 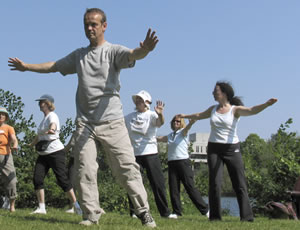 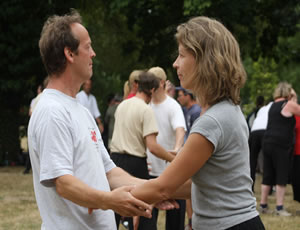 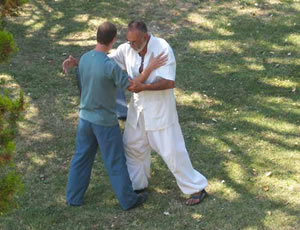 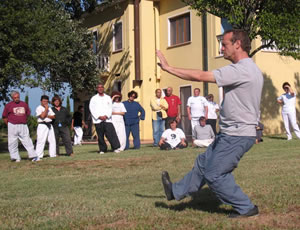 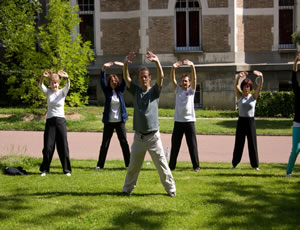 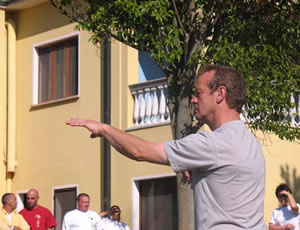 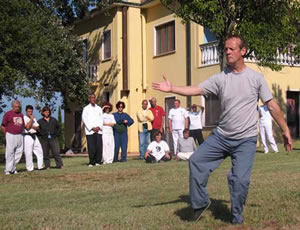 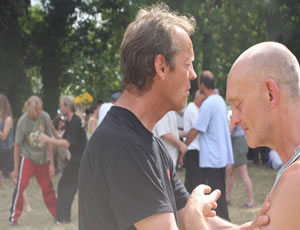 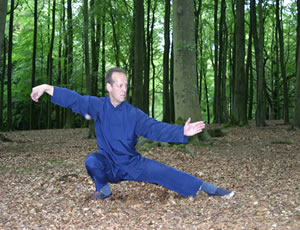 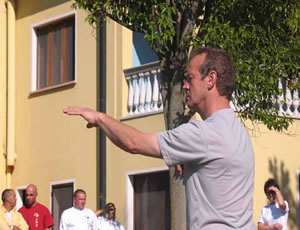 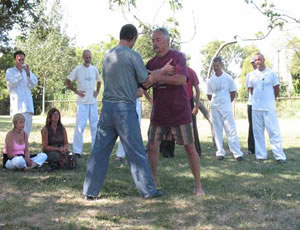 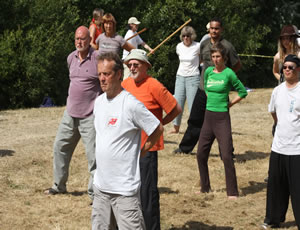