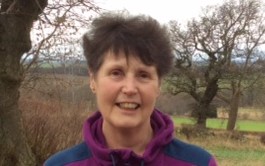 My study and practice of Tai Chi began in 1993 when I attended workshops held in the Buddhist Centre in Glasgow and Edinburgh. I joined Ronnie’s classes in 2006 studying Tai Chi Chuan and Qigong at Strathclyde University.

There are many benefits to achieve from regular practice both physically and mentally. I have found the systems to be enjoyable and relaxing, adaptable to allow each student no matter their age or ability to attain their desired level

Classes are held in Carluke.